A range of funding sources and resources for your organisation

​​​​​​​The Wheelhouse website enables community groups and individual athletes to easily access a range of funding opportunities by using a search engine to narrow down the funder that is best suited to funding their project or purpose.  Using this method ensures you are dealing with local funders, funders who are aligned to your mission and funders who may be able to support you with the amount you require to achieve your goal.

The Wheelhouse is is an exciting initiative resulting in a collaboration between several organisations committed to the better coordination of training educational opportunities and the provision of resources for community groups.  Therefore, the Wheelhouse is much more that a funding hub but also provides support to clubs and organisations around upskilling, mentoring, research and more.

To support our communities to build a thriving, inclusive and equitable Taranaki.

Applications are due by the 31st of August each year prior to planned study starting in March the following year.

Te Puna Tahua - Lottery Grants Board - Distributes the profits made from New Zealand state lotteries, such as Lotto and Instant Kiwi, for the benefit of New Zealand communities.

The Trust area is the area previously supplied by the old Taranaki Electric Power Board and extends to past Uruti in North Taranaki, includes Waitara, Inglewood, Stratford, Eltham and extends as far south as Te Roti. South of the mountain, the west boundary is Awatuna and the eastern boundary extends well inland past Whangamomona.

Taranaki is a special place. Around our maunga an energy exists — driving passionate people across our rohe to get things done, to improve lives, and create the best regional centre in the world.

There are a range of gaming machine (pokie) societies that distribute grants to community groups across New Zealand. A percentage of the profit, which have been generated from people using the pokie machines, is given back to the communities in which they were generated.  Here you will find a list of those societies who give grants in Taranaki.

We can provide your child with basic essentials like bedding, a school uniform and shoes and access to important life opportunities such as school camp and swimming lessons.

There are a range of gaming machine (pokie) societies that distribute grants to community groups across New Zealand. A percentage of the profit, which have been generated from people using the pokie machines, is given back to the communities in which they were generated.  Here you will find a list of those societies who give grants in Taranaki.

The Pelorus Trust is a charitable trust based in Lower Hutt which raises funds for charitable, philanthropic and sporting purposes through the operation of gaming machines. We are a mid-sized gaming trust operating machines from hotels and taverns between Far North District and Nelson/Marlborough.

A directory of play, active recreation and sport awards, grants and scholarships

Search the directory to see the many funds offered to help individuals, community groups or organisations support their play, active recreation or sports projects, activities, resources or services.

Established in 1998, NZCT is New Zealand's largest gaming trust with 15% of market share. We are proud of the contribution we make to local communities, particularly in the area of amateur sport and active participation. 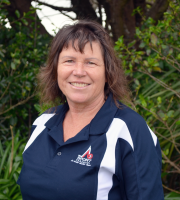 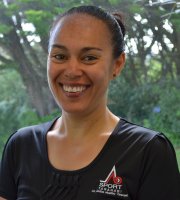 Sport Tutor is a resource tool provided by Sport New Zealand to enhance people development opportunities for everyone in the sport and active recreation sector. This is a free tool for any sporting or active recreation organisation. Find out more about SportTutor